One of the most useful, and creepiest, aspects of teaching online is the sheer quantity and variety of surveillance we teachers can exercise. Although the technology is imperfect, I am more or less privy to detailed facts about how much time, if any, students spend on each assignment, including quizzes and exams. It’s a touch of omniscience about which I have mixed feelings, partly because my students seem not to understand, or, perhaps, to care about, how closely they are being watched.

A student I’ll call Jeff, for example, recently sent me the usual “I have no idea why I’m doing so poorly” email, underscoring his mystification with, “I’m working far too hard in this class to be earning such a low grade.” When I looked at his stats, I could see that he’d only opened two of the seven links to access the material and that he’d spent a total of six minutes (out of the allotted 40) to complete the unit quiz. In other words, he had just barely sauntered in during this unit, but still felt empowered to trot out the righteous “sweat and suffering” trope.

When I relayed his stats to him, I assured him that, in my online classes, there is an almost perfect correlation between the amount of time students spend on it and the grades they earn. I asked him to reply confirming that he understood that succeeding would require consistent, sustained engagement with the material. I was sorry, but not surprised, that he didn’t respond, both because I want him to succeed and because my curiosity was piqued as it often is when folks make assertions that appear to be utterly contradicted by readily available facts.

It is, perhaps, naive of me to resist the obvious conclusion that Jeff was lying: Does he really believe that 16 minutes of effort in a two-week unit represents dedicated labor? That seems unlikely. But his was such a colossal, discoverable falsehood, I have to wonder. Is it possible that a present-day, traditional age college student could be so oblivious to the snooping power of technology? Have the fine arts of lying and excuse-making simply failed to keep pace with pedagogical spyware, or are some students’ expectations of what hard labor means really so different from those of previous generations?

I’m far from the first to wonder if the online realm has shifted notions of academic honesty so sharply that, increasingly, we really aren’t all operating in the same ethical landscape. We see it with plagiarism in that the utter ubiquity of information, so easily redigested and pastiched, makes it exceedingly difficult to take seriously “authorial ownership.” Some students have always violated such norms of “intellectual property,” of course, but didn’t they used to seem to understand that they were breaking rules? Perhaps it’s not, then, that millennial students have less academic integrity than previous generations, but that the value of ideas, words and information has plummeted. Words seem now to exist like jellybeans in a community bowl, and it feels different to grab an extra handful now and then than to swipe a bag from the grocery store.

And similarly, the ease, isolation and anonymity of working and communicating online seems to be straining the norms of how students communicate with professors such that the boundaries between truth and falsity, and accuracy and exaggeration become blurrier. Of course, face-to-face students have also lied, slanted, and hyperbolied. Grandmas have been dying and dogs have been blithely munching on homework since the dawn of time. But half-truths and excuses take on an even more wiggly and pernicious quality in the online environment, I think, where words flow so freely and students may never meet their teachers’ eyes as they advance preposterously false claims. 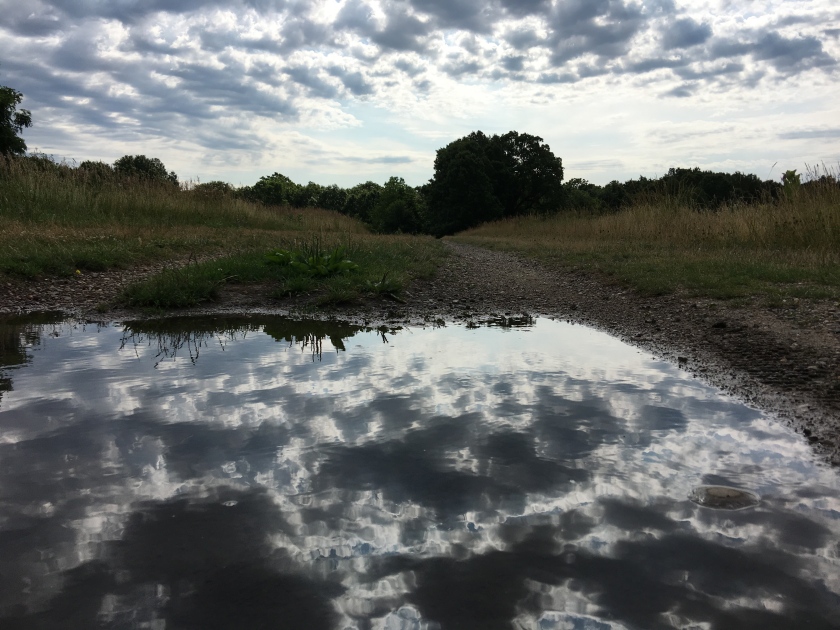 I can’t simply say, though, that online students are lying more to their teachers. Rather, intellectual and communication norms seem to have stretched. For some students, merely clicking on a link to an assigned article and skimming the images means having read it. It’s an equivocation I am also frequently guilty of in this age of distraction. Some students are, then, sincerely stunned when they utterly fail my fairly basic reading comprehension quizzes. So too, what I think of as, at best, exaggerations of speech, and, at worst, bald lies — “I worked for hours….” or “I studied all night” — can, I suspect, feel like regular speech acts in a communication environment in which “LMAO,” “dying!” and exploding emojis punctuate so many messages.

And I can’t help but connect all this to the erosion of communication norms on the national scene. How can I possibly be surprised if electronic utterances are regarded as so ephemeral and ubiquitous that one need feel little responsibility for them? Why shouldn’t our students, like so many around them, lose the intimacy of connection between what they say and who they feel themselves to be? Perhaps it’s not all bad. Maybe my students will never know the sickening wave of shame of having accidentally sent an unfortunate email. But the silencing of such internal alarm bells also deprives us of our usual means of encouraging personal and academic integrity. Ironically, or perhaps predictably, our pedagogical surveillance tools may have reached full flower precisely when students no longer care about being fact-checked.

In upcoming VP essays, I describe some of the tactics I’m using to shift the conversation with my students back to one in which more traditional parameters of reality and honesty operate. In the meantime, I’d love to hear about your experiences in the comments below, on the VP Facebook site, or by email to virtualpedagogue@gmail.com: How much do you use the stats tool in your online platform to track students? Do you feel creepy doing it? What is your sense of how students are relating to notions like authorship and intellectual authority? Has something shifted in how students relate to notions like truth and falsity or am I just getting cranky?