Backpackers know that the trip begins long before the hike starts. Depending on factors like a trail’s length, popularity, and degree of isolation, planning may begin weeks, or even months, before the big day. Casual campers make fun of those whose fetish for low pack weight impels them to saw off toothbrushes and leave luxuries, like deodorant and clean underwear, behind. As a partially brainwashed lightweight backpacker, I’m immune to such ridicule. For me, the pleasure of intricately planning my precious load is part of the point.

Parallels between backpacking and online teaching became clear to me early on. As I began to design an online gen ed course fully seven months in advance, there was a level of choreography and previsualization I had not experienced with my teaching before. It was as if I were preparing to lead 25 inexperienced, trusting companions through a dark and remote wood, to facilitate adventure, sacrifice no one’s safety, and to complete the mission on time. By contrast, teaching face-to-face was often more like car camping, with its cushy sleep pads and five pound cook stove, all sorts of just-in-case luxuries tossed into the trunk at the last minute. 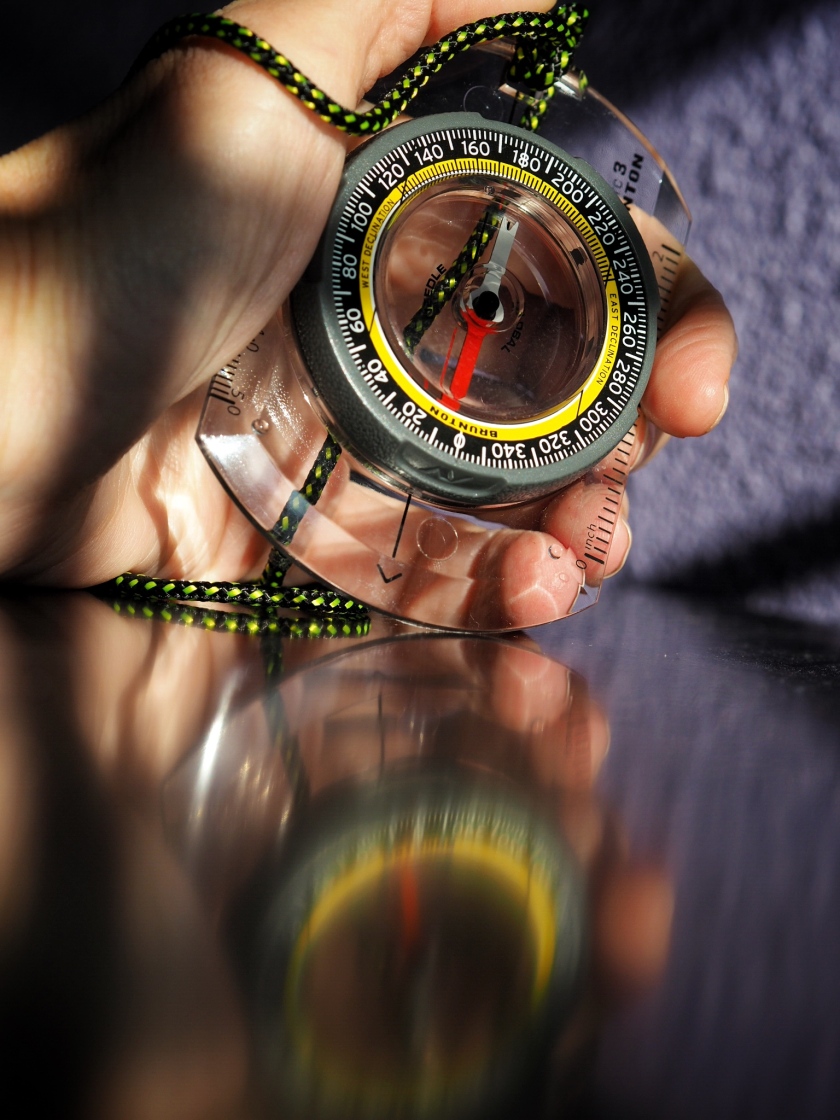 Backpacking demands that each necessity and comfort be accounted for in advance, including each meal, each liter of water, each layer of clothing and each bandaid. How well spaced are the streams and creeks? Do I have rain gear, a plan for storing food safely at night, backup battery power for the smartphone that will also serve as GPS? Have I accurately estimated each day’s distance, or will altitude or sandy soil slow me down? Backpacking invites the imagination into the future, to previsualize the faulty lighter, the leaky water pouch, the angry blister as it emerges on the left big toe.

With online classes, too, the journey must be meticulously planned and paced, with assignments and topics nesting neatly into larger course objectives and goals. There’s little room for excess, spontaneous tangents or last minute route changes, since our students — some of whom are a few steps ahead or behind — utterly depend on our map or trail of crumbs. Even the opportunities for spontaneity must be coordinated — not so spontaneous after all — and must obey the established course rhythms. It’s not impossible to find one’s way after straying from the syllabus, but the process for doing so — the burst of ad hoc communications, special dispensations and improvisations — can make for grueling backtracks and, worse, shake students’ confidence.

It’s easy enough to feel oppressed by all this regimented planning and to want to rush through it to get to the good stuff. In the traditional classroom, the promise of face-to-face magic often becomes the motivating carrot for the tedium of planning. But, obviously, there’s no such dessert waiting at the end of the online buffet. In fact, in online classes, the good stuff must often be coaxed into removing its disguise. It is often overlooked altogether.

I sidestep the misery of online preparation only when I manage to embrace the puzzle of it enough so that its creative character begins to emerge. As with crosswords, learning the ukulele, or backpacking preparation, whether the process is experienced as a satisfying challenge or as torture depends on one’s point of view. For those who crave the high of a spontaneous face-to-face romp — and this describes some of my most memorable traditional classes — I doubt that the grind of online class prep will be worth it. For such teachers, camping beside a car chock full of equipment, food and beer is probably a better choice. On the other hand, tasting the trials and rewards of backpacking makes the delights of car camping even more apparent.

One thought on “The Joy of Tedious Planning”